We started Mercaptor Discoveries because science moves forward on unsteady feet relying on a tiny amount of fortuity mixed into a vast trough of human frailty.

Much of our time and effort has revolved around sulfur biochemistry. One day, we tripped over something unexpected, a result lying outside of our assumptions. The opportunity obliges us to take responsibility for the continued development of what we have learned.
Learn More

Captons are unlike any drugs found in the historical pharmacopeia. They are enhanced by design, with chemosensitivity matched to conditions within distressed tissue. The ability to deliver a measured, countervailing response upon encountering pathology, but not before, directly addresses problems which have historically thwarted efforts to develop pharmacological interventions that yield meaningful benefit. Captons are engaged by specific metabolites elevated within damaged or diseased brain tissue. The primary response is the conversion of captons, in situ, from silent to active therapeutics. Conversion occurs rapidly and efficiently, driven by multiple neuropathological sources of oxidative stress. Capton activation, therefore, is localized to those areas of the CNS that would benefit from active capton. Duration of tissue exposure to activated capton is also partly determined by those intervals during which pathophysiology defines cellular behavior.

Mercaptor has directed its drug-development efforts toward epilepsy and traumatic brain injury, which share key features of pathophysiology relevant to COVID19. By expanding our approach in the lab, we have been able to begin resourcing programs to ease the suffering caused by the pandemic. Each of the three drug candidates selected for accelerated development at Mercaptor brings documented anti-inflammatory potency acting on separate, but complementary, pathways. With Captons our approach is investigational and without precedent. It promises significant improvements in the performance of a variety of drugs. 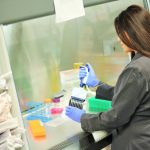 If dosage is metered and delimited by the pathogenic species it is designed to treat, interference in healthy tissue function could be minimized.

Avoiding the false comfort of certainty, honest scientists sometimes catch a glimpse into the infinite Universe.

These rare insights are more likely to help move the world forward than countless years spent trying to prove expectations. The opportunity obliges us to take responsibility for the continued development of what we have learned.

Mercaptor Discoveries is a privately-held company, headquartered in Novato, California. We strive to do good science, sweeten brutal honesty with genuine friendship, and share each workday with as many dogs as possible.

Work Worth Working With

Whether we are at the bench, at the computer, or walking the dogs, we are a symbiotic assemblage of scientists.
Meet The Team Update on COVID-19: Its Treatment and its Cure, Horasis Global Meeting 2021 NOVATO, Calif., May 18, 2020 /PRNewswire/ — Mercaptor Discoveries (Mercaptor), a platform company with preclinical programs in epilepsy and TBI, today announced that it is pivoting its I am so proud of the Mercaptor team, talented scientists and researchers who have shown their dedication to health once again during a time of On February 25, 2020, the Mercaptor Discoveries team participated in the 5th Annual Rare Disease Day Virtual Race by walking a 5K. The walk was Mercaptor Discoveries is developing drugs and therapies that we hope can be a major tool in the battle against Traumatic Brain Injury (TBI). While most

Mercaptor in the ALEA Journal Ground Breaking CTE Research May Save the Game of Football

Can Mercaptor Discoveries research save the game of football? These questions and more are addressed in this recent article from our friends at SB Nation.